Recently one of the automotive fan forums I frequent posted a WHAT IS THIS picture and so few people could identify it I knew it was a candidate for Smeghead's Garage. 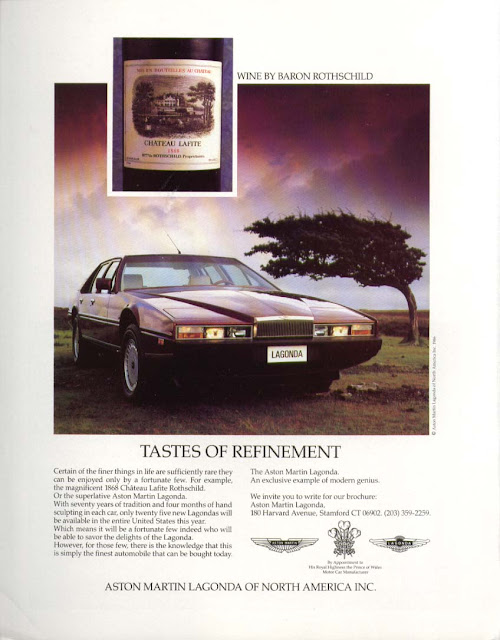 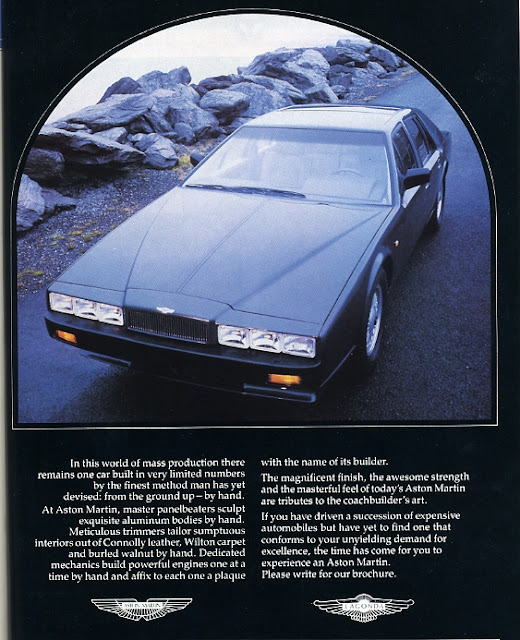 The Lagonda was luxury four door car produced by Aston Martin beginning with the 1974 model. That, and the 75 offering, were fairly conservative looking. It was a sedan version of the DBS.  The 5.3 L V8 engine supplied with a 5-speed manual or automatic transmission and  only seven were sold. 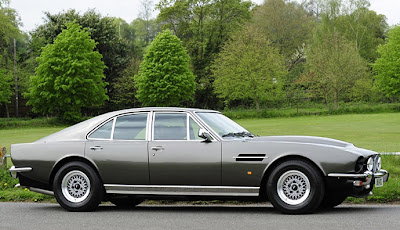 Things took off with the 1976 model designed by William Thomas. Production problems delayed actual delivery of the cars until 1979. 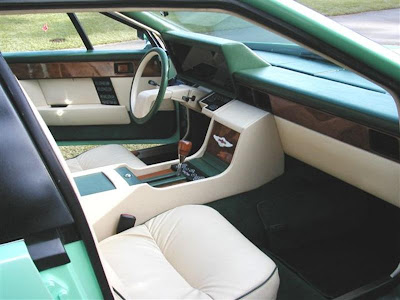 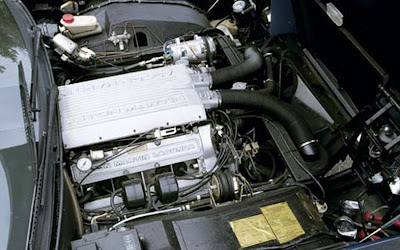 The Lagonda retailed at £49,933 in 1980, significantly more than a Ferrari 400 or Maserati Kyalami but less than a Rolls-Royce Corniche.

The Series 4 was launched at the Geneva Motor Show in  1987 and received a significant exterior facelift by the car's original designer William Towns. The car's sharp edges rounded off and the pop-up headlights eliminated, with a new arrangement of triple headlights each side of the grille being the most obvious alteration.
The last Lagonda was produced in 1990.