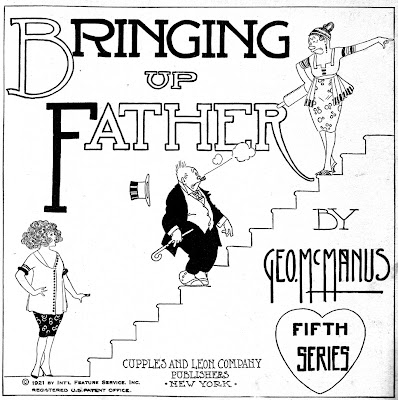 Bringing Up Father was an influential American comic strip created by cartoonist George McManus (1884–1954). Distributed by King Features Syndicate, it ran for 87 years, from January 12, 1913 to May 28, 2000.
Many readers, however, simply called the strip "Jiggs and Maggie" (or "Maggie and Jiggs"), after its two main characters. According to McManus, he introduced these same characters in other strips as early as November 1911.

McManus, who numbered Aubrey Beardsley among his influences, had a bold, clean-cut cartooning line. His strong sense of composition and Art Nouveau and Art Deco design made the strip a stand-out on the comics page.


Here are some strips from 1921. Click to enlarge of course. 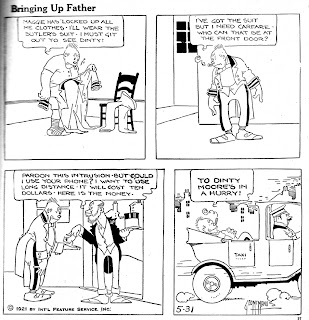 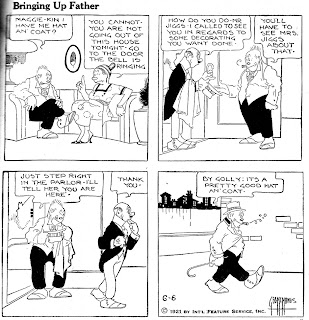 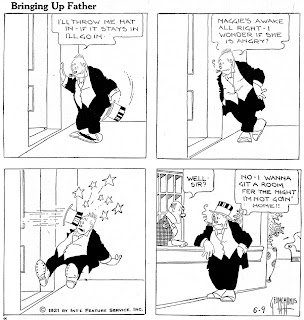 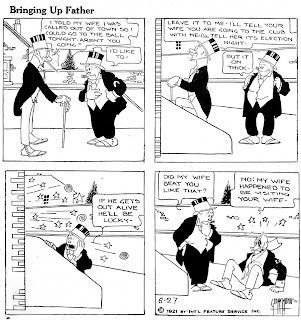 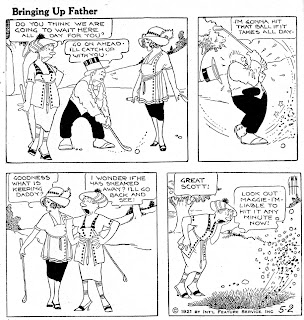 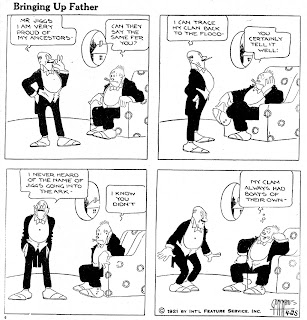 McManus was inspired by The Rising Generation, a musical comedy by William Gill that he had seen as a boy in St. Louis, Missouri's Grand Opera House, where his father was manager. In the play,  Irish-American bricklayer Martin McShayne   becomes a wealthy contractor, yet his society-minded wife and daughter were ashamed of him and his lowbrow buddies, prompting McShayne to sneak out to join his pals for poker. 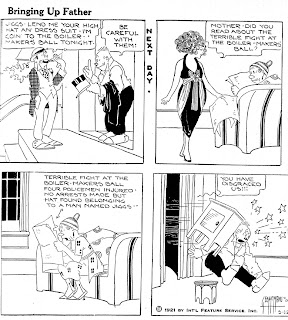 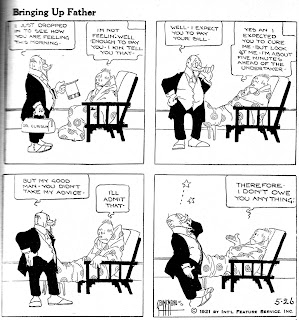 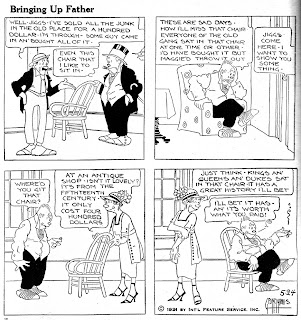 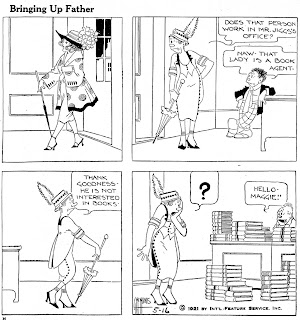 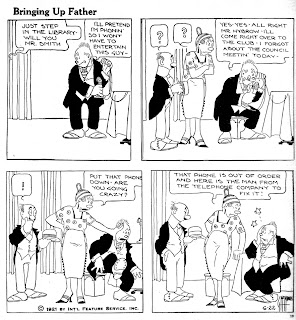 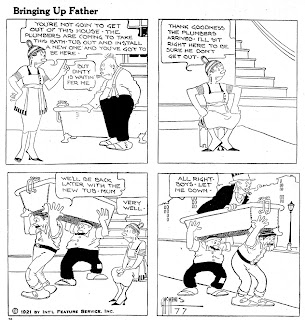 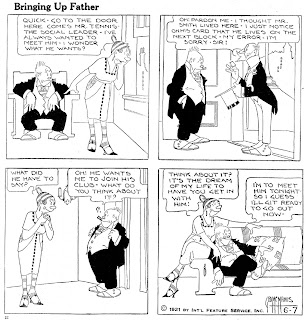 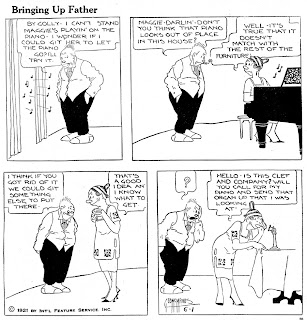