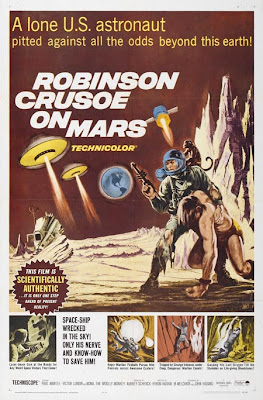 
Here's my capsule review of the DVD released by Criterion: 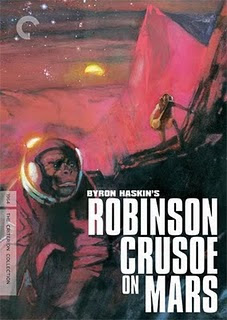 Great DVD production,\, Vivid colors. The only gripe I have is the extras...pretty weak. A lot of stuff is from Ed Shrief's "Space Family Robinson" The audio commentary is a mess, jumbled sound bytes from people recorded years apart, most having nothing to do with what's on the screen. One thing we learn from the audio comments is that Byron Haskin was a grace-less, pompus ass. Otherwise, first rate! One more from my childhood list has been released, and nicely done too.
Posted by Smeghead2068 2 comments:

77 Sunset Strip was a TV show created by Roy Huggins (July 18, 1914 – April 3, 2002), an American novelist and writer/creator and producer of television series, including Maverick, The Fugitive, and The Rockford Files. 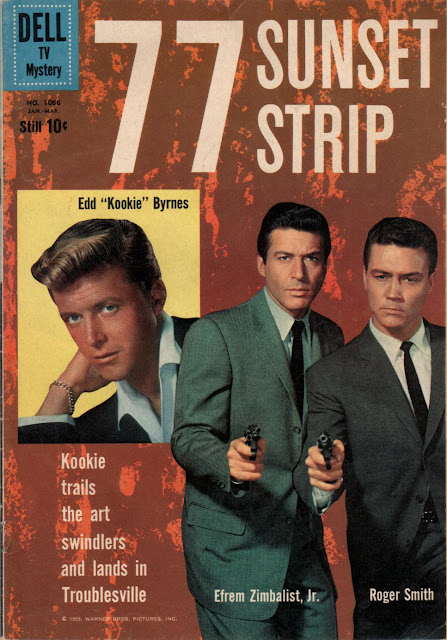 The series ran from 1958 to 1964 and was about two former spies turned private detectives. The title refers to their office address.
As with most of Huggins' shows, there was a comic-relief character in the main cast.  In this case it was Gerald Lloyd "Kookie" Kookson III (played by Edd Byrnes), the rock and roll-loving, wisecracking, hair-combing, hipster and aspiring P.I. who worked as a valet parking attendant.
Kookie was sort of a washed and polite beatnik who talked in some writer's idea of hip slang. He was meant to appeal to the "teenage girl demographic" although it's debatable as to how popular he actually was. 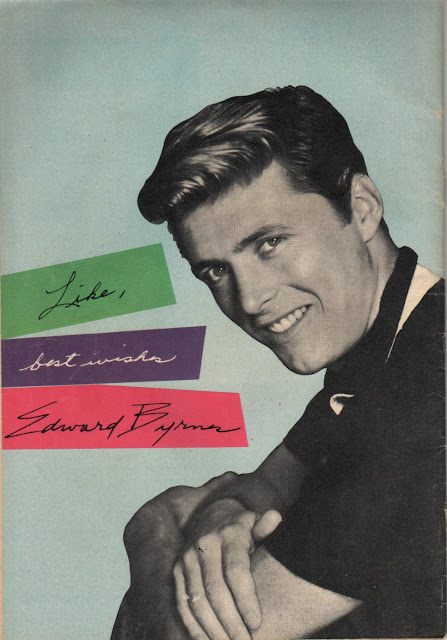 Is he the clown that started the "like," thing??

This issue of Dell's Four Color series, #1066, from January 1960 gives us some help with Kookie's hip talk. 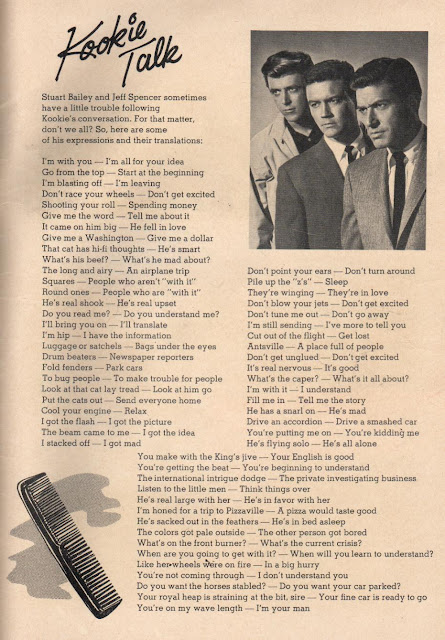 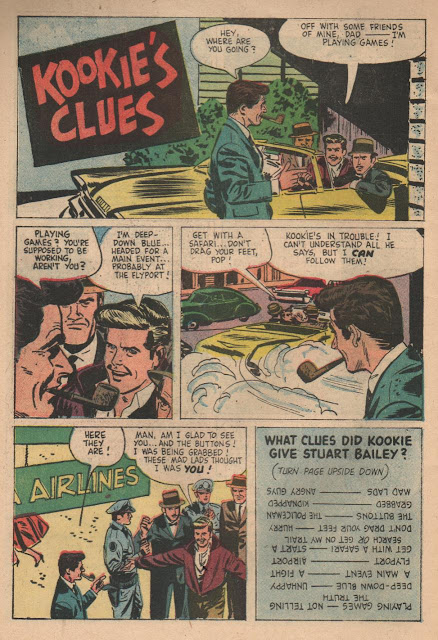 Till next time, squares.

Oh, by the way Roy Huggins was a member of the American Communist Party in the 1930s. It didn't seem to hurt his career nearly as much as it did many other actors & directors ofthe era. Perhaps it's because he blew in 19 of his friends at th HUAC hearings in 1952?

How To Build A WigWam- Dell does Tonto 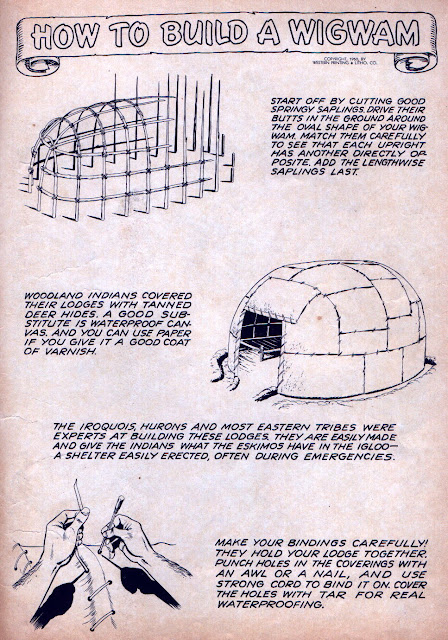 Tonto was brought into the Lone Ranger Mythos mainly as an exposition character--someone for The Lone Ranger to verbalize the action to.

The radio series identified Tonto as a chief's son in the Potawatomi nation. For the most part, the Potawatomi did not live in the Southwestern states, and their cultural costume is different from that worn by Tonto. The choice to make Tonto a Potawatomi seems to come from Lone Ranger creator George Trendle's youth in Michigan, the traditional territory of the Potawatomi . The character might have been named after Tonto Basin, Arizona.

Here's one of the stories in that issue: 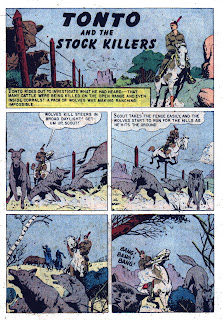 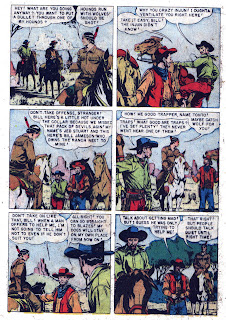 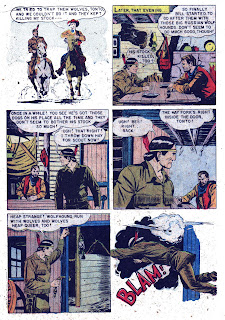 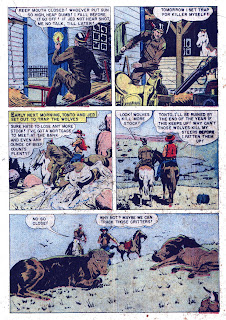 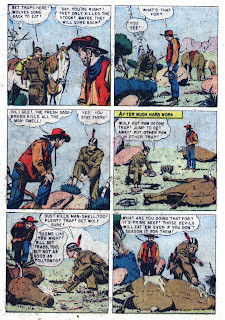 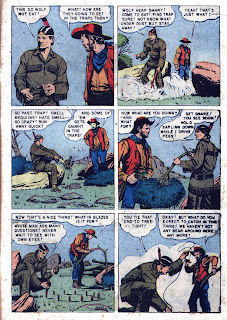 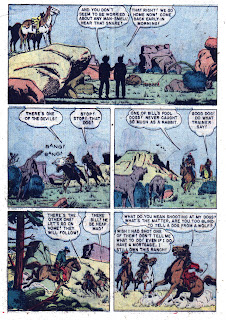 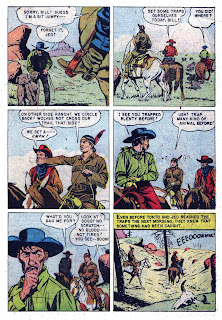 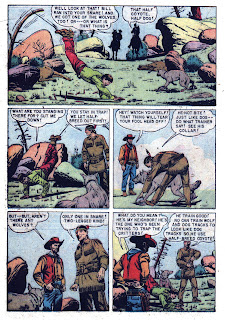 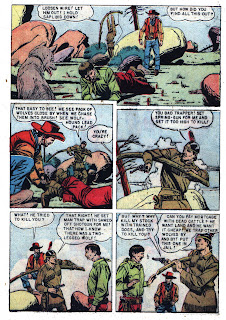 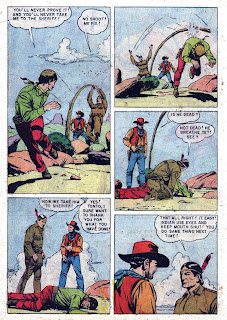 Some people, who love to judge the motives of people long dead, see Tonto as an offensive stereotype. Stereotype? Sure, we're talking comic book and 15 minute cowboy radio shows for christsakes, not a scholarly study of 19th century Native American life.
Tonto was a positive image of Indians. I don't know if there is one in pop culture today. It's a shame if there isn't.

Here are 2 more informative pages & the cover from this issue: 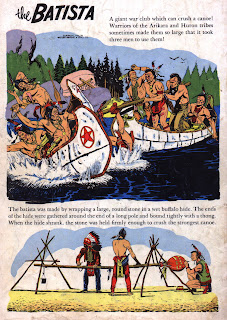 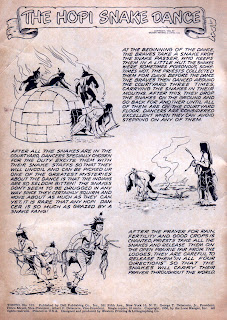 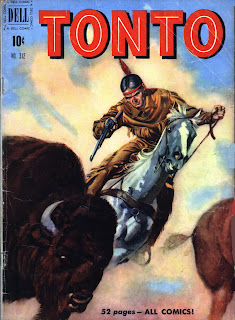 Tonto carried on in his own comicbook series for another 31 issues, until 1959.

One of my all time favorite cover paintings, from the DEC 1963 issue: