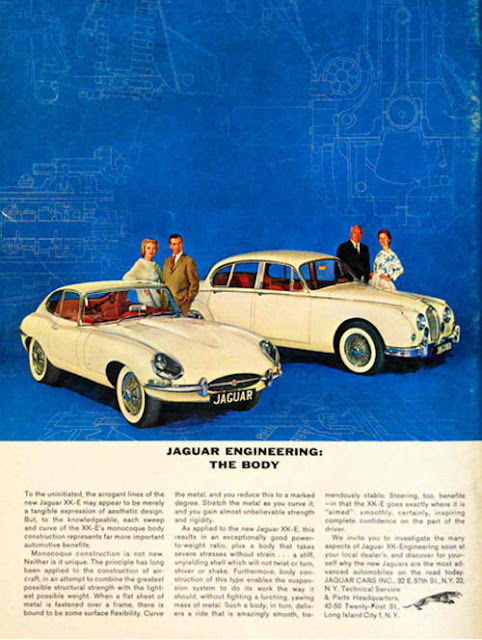 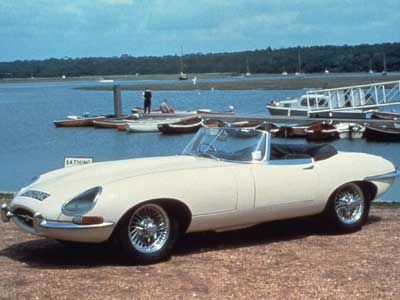 The Jaguar E-type  ( XK-E in USA)  was produced between 1961 and 1975.
The E-type revolutionised sports car design, with performance, handling and looks ahead of its time. Aside from being the one the most iconic and gorgeous cars ever made, the E-Type also achieved performance figures that had companies like Ferrari scrambling to make sure there next generation supercar could match the E-Type, but none matched the presence and style of the Jaguar. It was priced well below competing models, helping it to high sales for a high performance car. 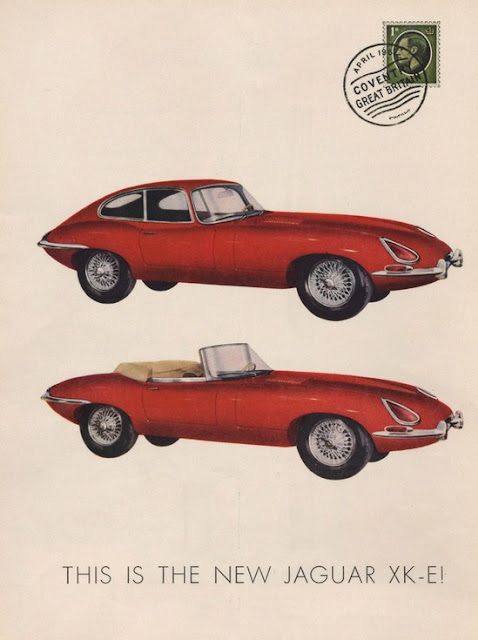 The E types went through 3 series. 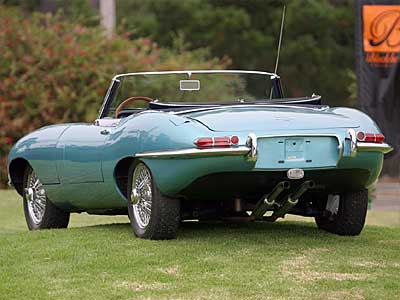 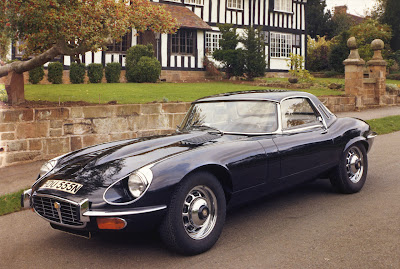 The Series 1 was introduced, initially for export only, in March 1961. The domestic market launch came four months later in July 1961.  The cars at this time used the triple SU carburetted 3.8 litre six-cylinder Jaguar XK6 engine from the XK150S.   The 3.8-litre engine was increased to 4.2 litres in October 1964.


3.8-litre cars have leather-upholstered bucket seats, an aluminium-trimmed centre instrument panel and console (changed to vinyl and leather in 1963), and a Moss four-speed gearbox that lacks synchromesh for first gear

A 2+2 version of the coupé was added in 1966. The 2+2 offered the option of an automatic transmission.  The roadster remained a strict two-seater.

The Series 1 can be recognised by glass-covered headlights *(up to 1967), small "mouth" opening at the front, signal lights and tail-lights above bumpers and exhaust tips under the number plate in the rear. 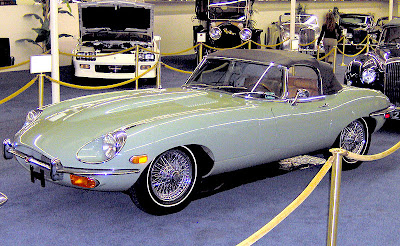 All Series IIs had the 4.2 six cylinder engine. They were detuned for US import. US models also had all of the dash switches replaced from toggle to rocker. All IIs lack the glass lens covers. A/C was available now, as an option.


The final series , produced from 1971 to 1975, stared off with a much larger engine, a V12 (5.3 liter). The car gained alot of weight due to this, up to almost 3400 pounds.  No two seater was available, and on the whole, the car went from being a sports car to a grand tourer, in some people's minds.
The length was now 184 inches, the width 66 and the height 49. It was ,all in all, a larger Jag, although the wheelbase size is the same as the original 2+2 coupe. 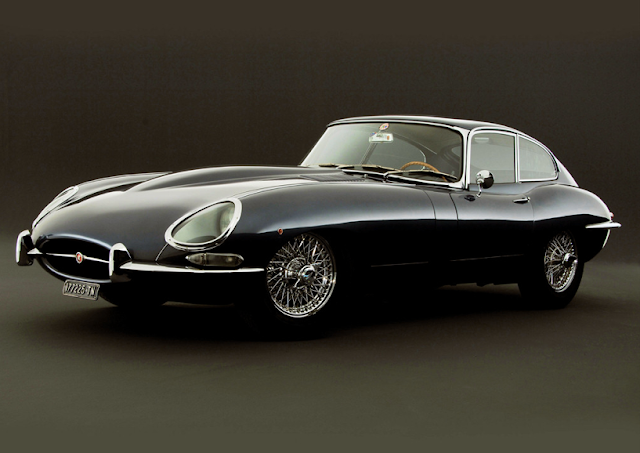 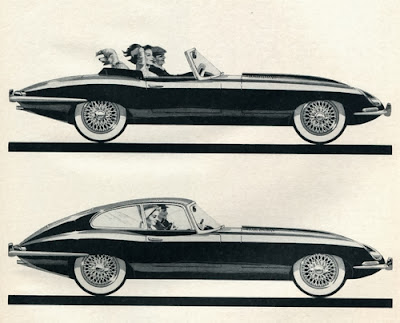 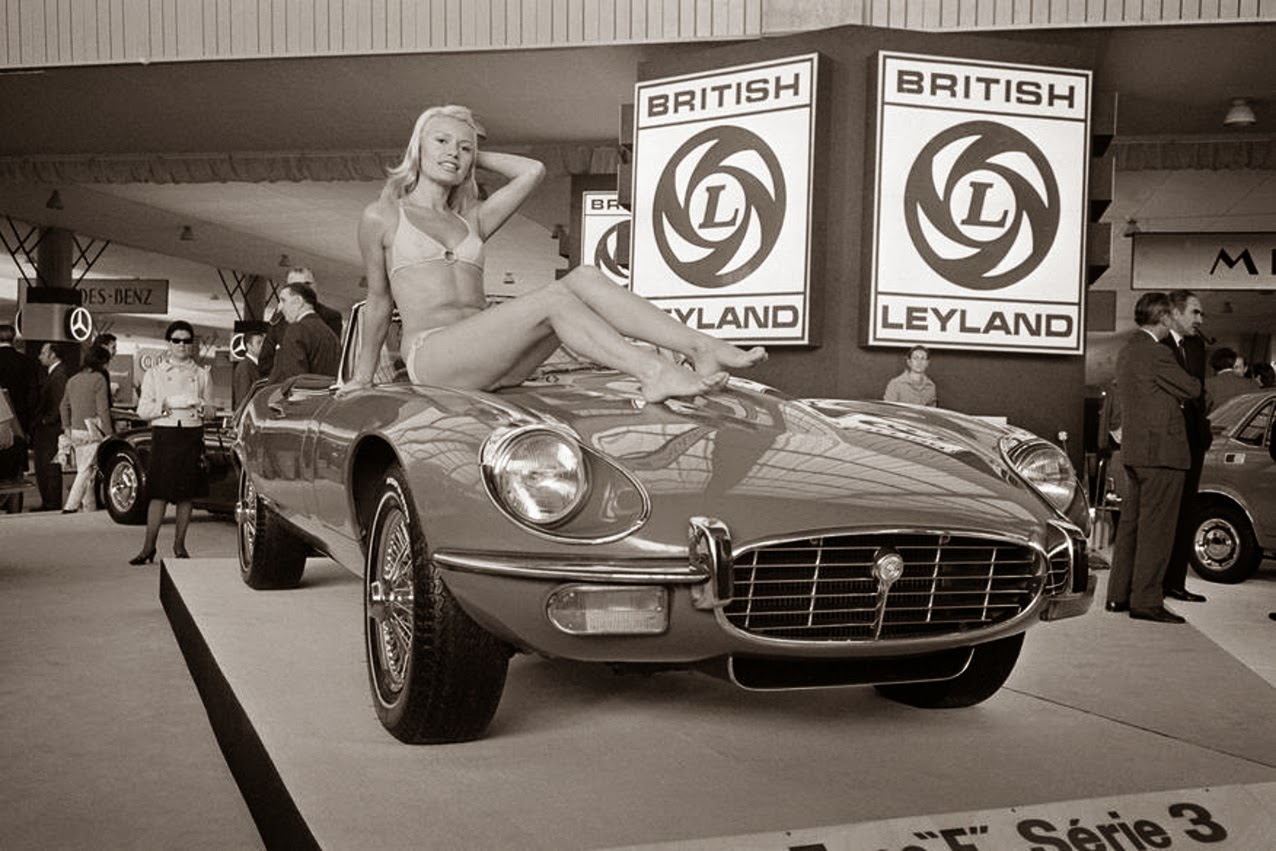