"Toys I wanted but never got, no matter how many tantrums I threw" dept. 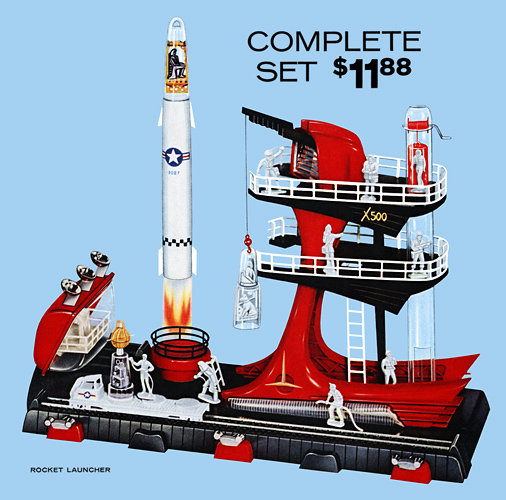 I know that they were very popular, but what use are tailfins on a stationary launch pad?
Posted by Smeghead2068 No comments:

Email ThisBlogThis!Share to TwitterShare to FacebookShare to Pinterest
Labels: boomer, toys, toys I never got:( 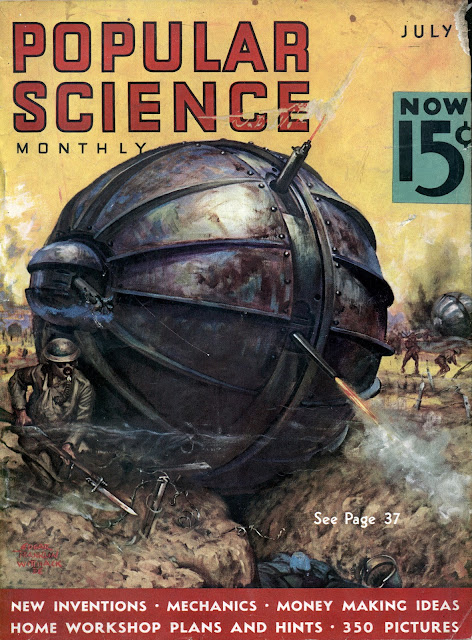 and no messy bags.

Since late summer you've been letting the hints out. You want a G I Joe complete with Marine Assault Rifle and Scuba Gear Torpedo. You even talked Mom into badgering Dad over the whole "no son of mine will ever play with dolls" thing. Now it's Christmas morning and you're ripping away at the nicely wrapped boxes. Already you've had some setbacks...scratchy underwear from Aunt Clara in Ashtabula and books, for christsake BOOKS!, from Grandma, but there is a likely box...just the right size for 1/12 scale all-American destruction in cast plastic form. You rip it open and...... 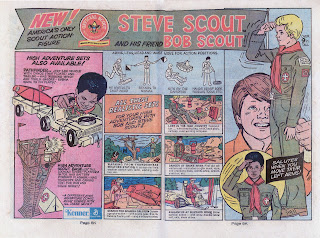 You'd say that was the gayest thing you've ever seen except that that concept has no meaning to you at this age. If you were born 30 years later you might class it as "lame."

Where are the guns? The bazooka? At least there is a jeep, but holy cow that's no Zodiac landing craft it's towing, it's a canoe.

Knowing how your friends will belittle you tomorrow for receiving such a sissyfied gift, you force a little trouper smile and croak "thanks mom and dad" before turning to the pile of books to see if any are sturdy enough to wack your baby sister with. And maybe with some skill and luck, you can modify this stupid doll to, instead of a snappy oh so sappy salute, flash The Finger when his arm is pulled.
Posted by Smeghead2068 No comments:

from 1944, here is a nicely illustrated (by Arthur E. Jameson) presentation of Moore's poem. 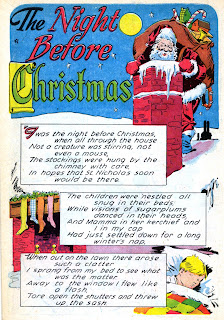 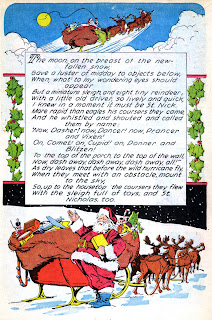 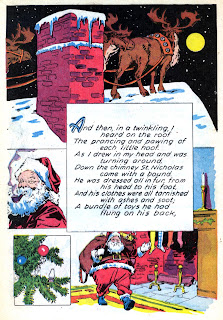 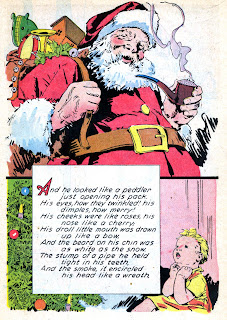 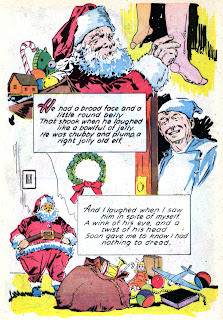 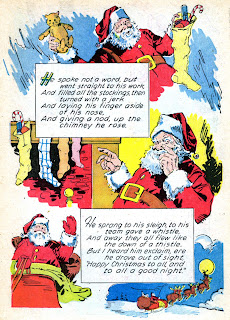 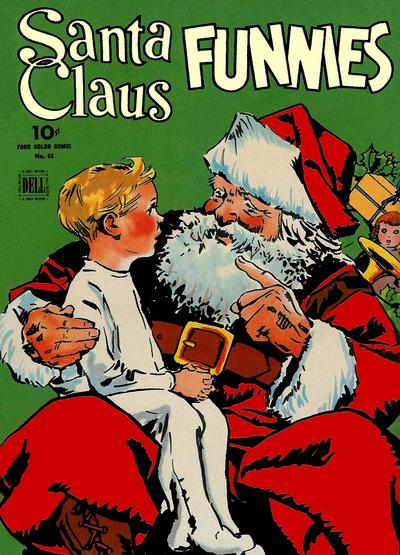 cover also by Jameson
Posted by Smeghead2068 No comments:

I once read an opinon that the reason some people collect those little winter village scenes is that it gives them pleasure to remember a time and place that might not even have existed for them. Perhaps these scenes from old greeting cards, calenders and magazine ads are a bit idyllic, maybe a little bit staged. But as I get older, I too tend to remember past Christmas times and other events as better  than they probably were. I don't see anything wrong with this at all, If you don't either, then enjoy the following pictures. 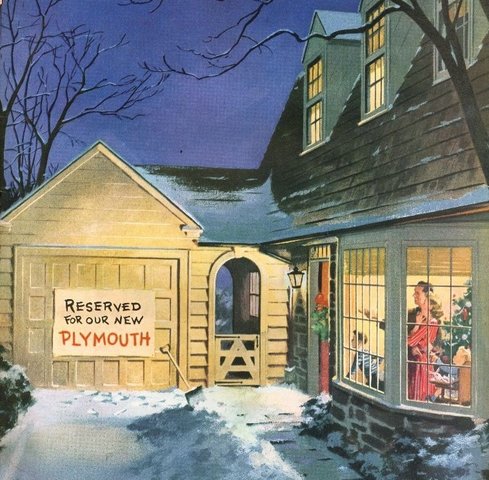 Honey, here's your present...yes I made it myself! If I could afford to give you a car, that's where it's go! You can gaze out the window now and think "Wow, if I had a new Plymouth it'd be parked right THERE!. More eggnog, dear?
Posted by Smeghead2068 No comments: 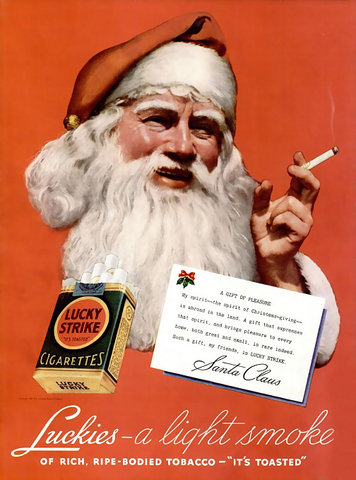 In an effort to look cooler, Santa switched from the pipe for a few years in the 1930s.
Posted by Smeghead2068 No comments: 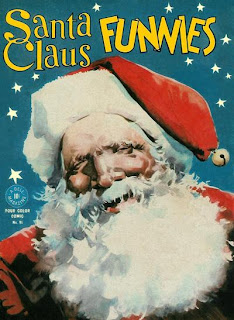 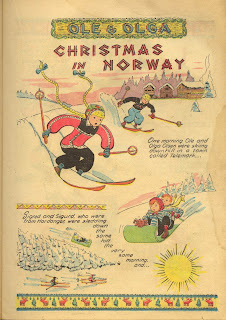 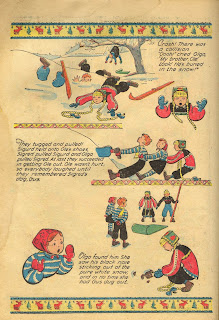 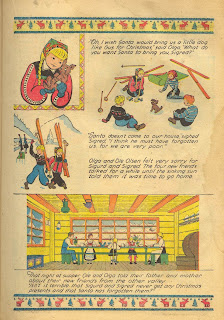 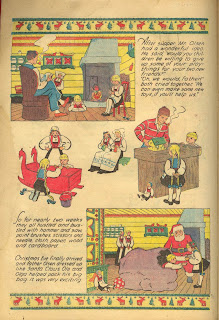 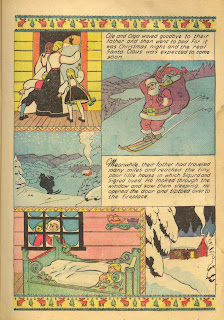 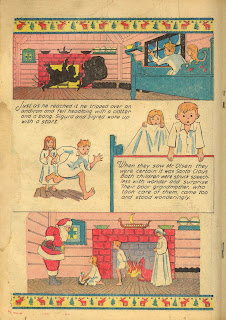 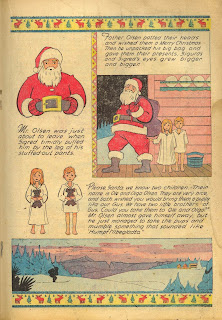 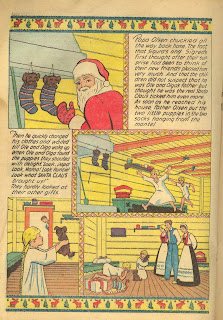 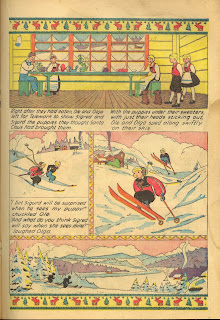 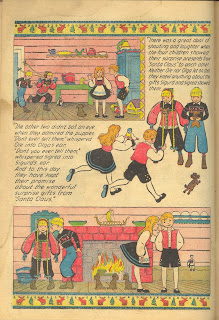 Just In Time For Christmas 1968 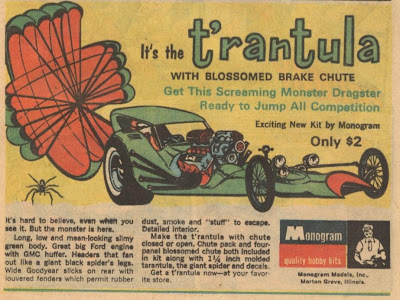 Loved this model as a kid. It was rather difficult to get together right. The spider leg headers just didn't fit properly.
Designed by Tom Daniel and re-issued a dozen years ago, it was molded in bright green with chrome bits and included a nifty spider pin.
Posted by Smeghead2068 No comments:

Do you need a CDL for this?

The VettePlow works on the same principle as the muti-blade razor. The plow lifts the snow. The front air dam then scrapes away the ice. The radiator then sprays antifreeze on thr roadway surface.f inally the oil pan gouges a drainage trench in the asphalt to help dry the road. 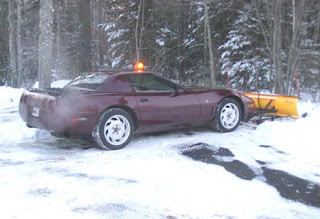 It dosen't use salt, just grit. You simply back up to the loader, pop the trunk and yell out to the operator, "Hey! Pound sand up my..."
Posted by Smeghead2068 No comments: