His most lasting work came when the 61-year-old artist brought William Moulton Marston's Amazonian superheroine Wonder Woman to life on the pages of comic books (even though Peter went on to be uncredited in her creation) in December 1941.  In April 1942, he opened his own studio at 130 W. 42nd Street in Manhattan. In March 1944, the success of the Wonder Woman comics and newspaper strip led to the opening of the Marston Art Studio at 331 Madison Avenue at 43rd Street.  The fourteenth floor studio, one floor above Marston's office, was run by office executive Marjorie Wilkes Huntley, who also contributed some inking and lettering. Joye Hummel went from being Marston's assistant to writing full scripts for the comic, the only other writer for Wonder Woman during the Golden Age. While Peter pencilled the stories, covers, and strips and inked the main figures, he was assisted by a series of female commercial artists who did background inking.  The staff also included Helen Schepens as colorist, and Jim and Margaret Wroten as letterers,  with some lettering done by daughter-in-law, Louise Marston.

Although Marston died in 1947, Peter continued with Wonder Woman until his death in 1958.

Here are a few of his sketches for WW, and two examples of his style, not much known to the modern day casual fan. 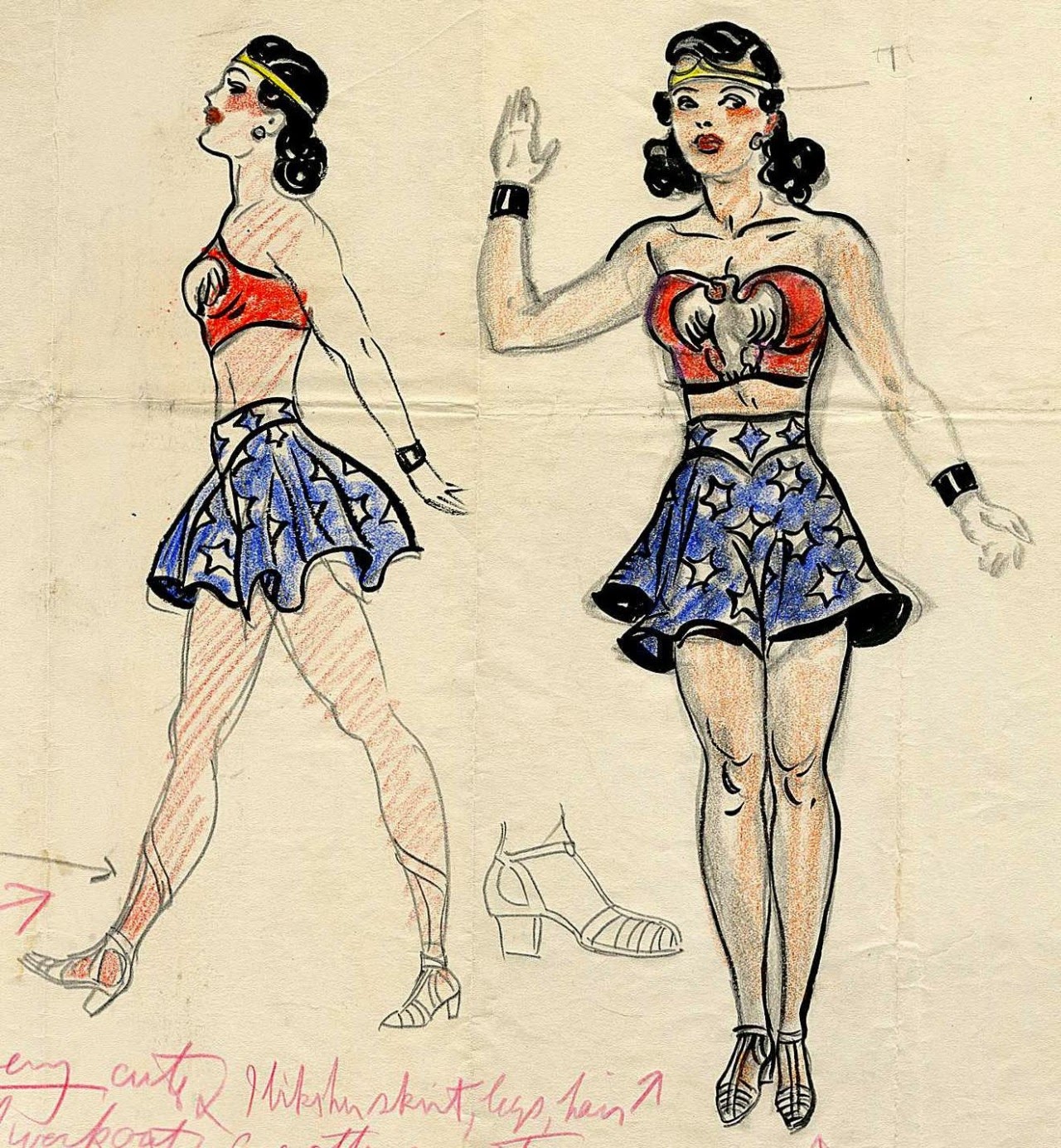