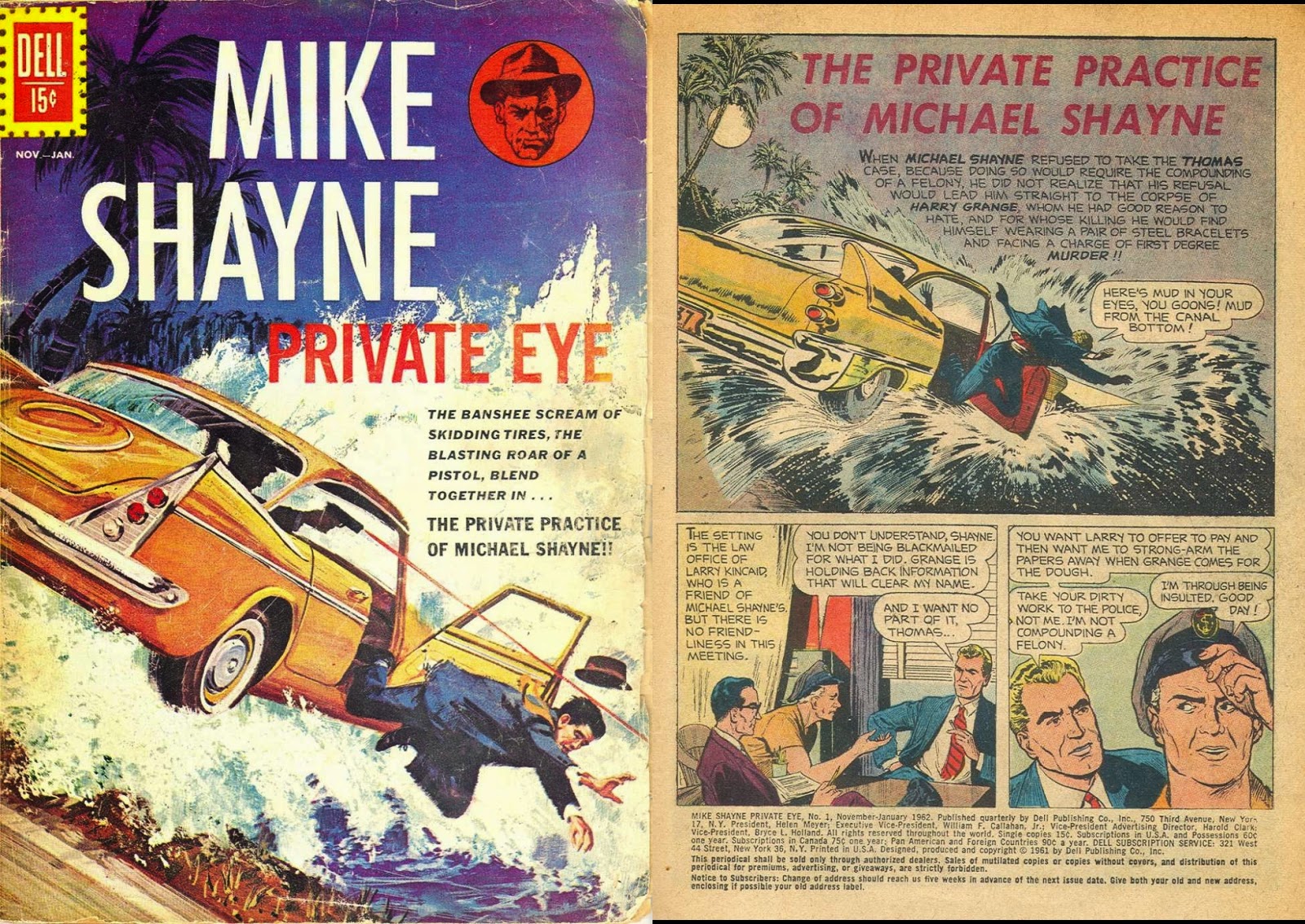 Mike Shayne Private Eye #1 (November-January 1962). Cover possibly by Vic Prezio , interior by Edd Ashe. Car on cover is a small (for the day) Chrysler or Dodge sedan , sort of a Valiant  with fins added. Inside it's a larger coupe, much like a Coronet. 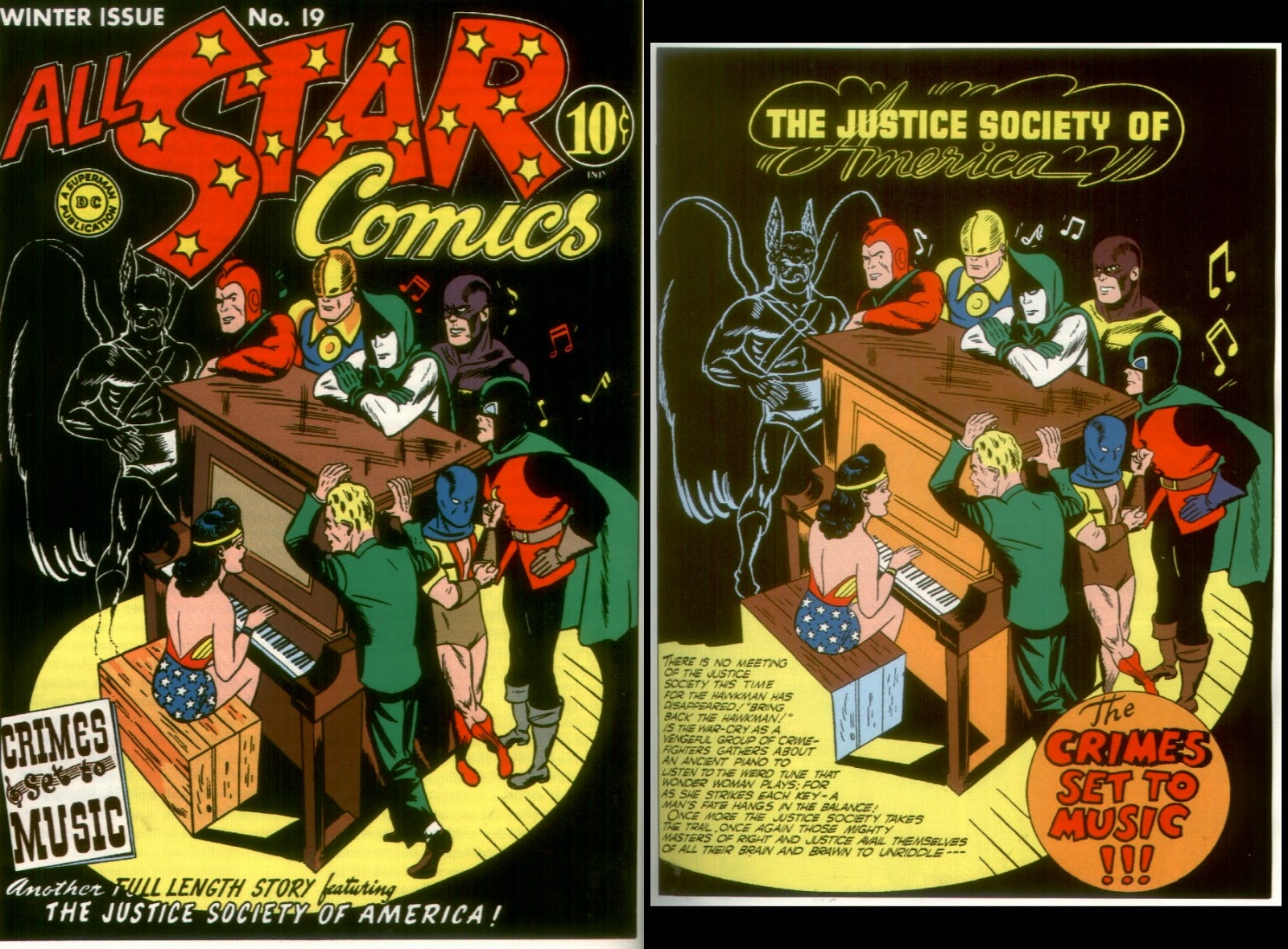 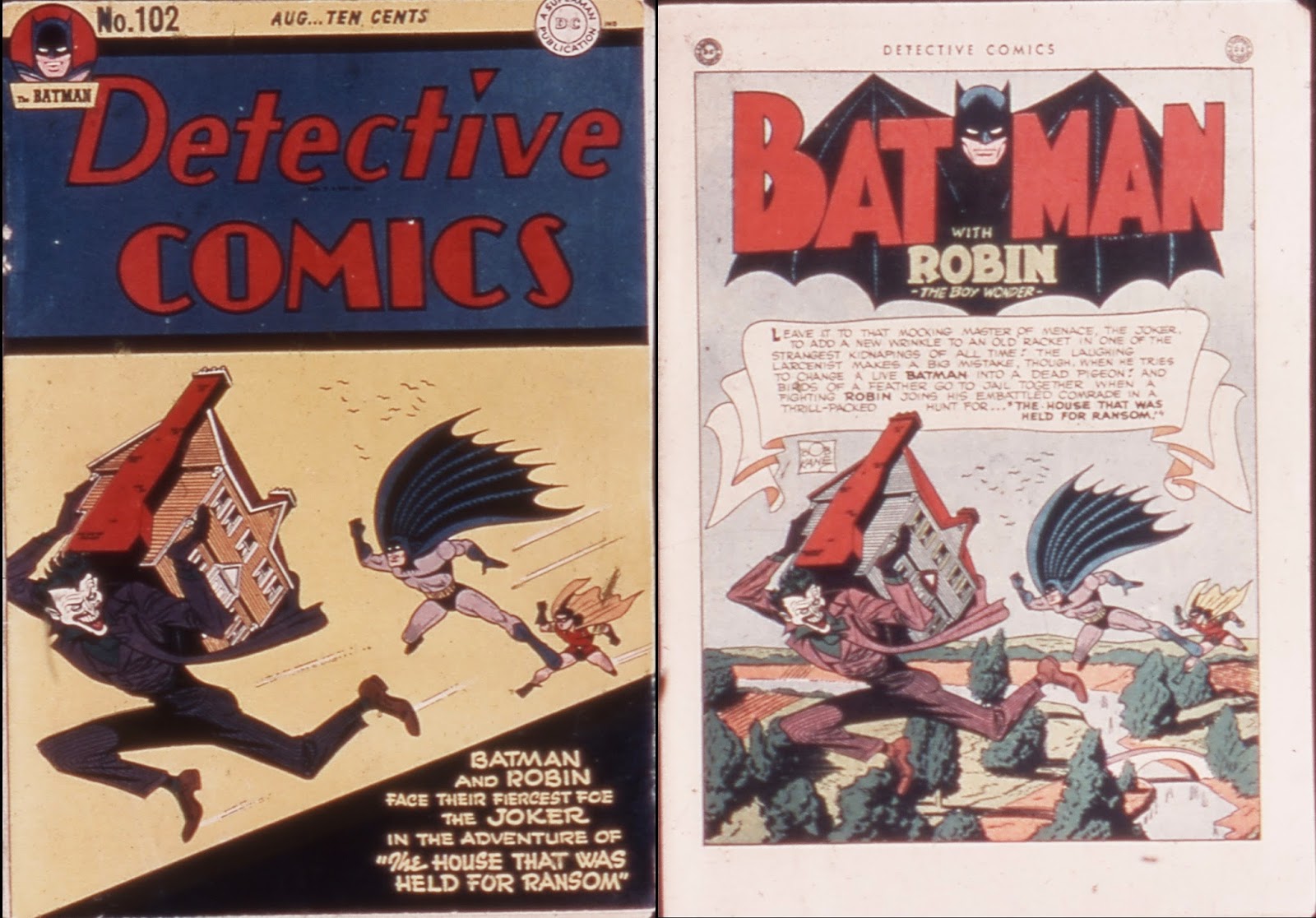 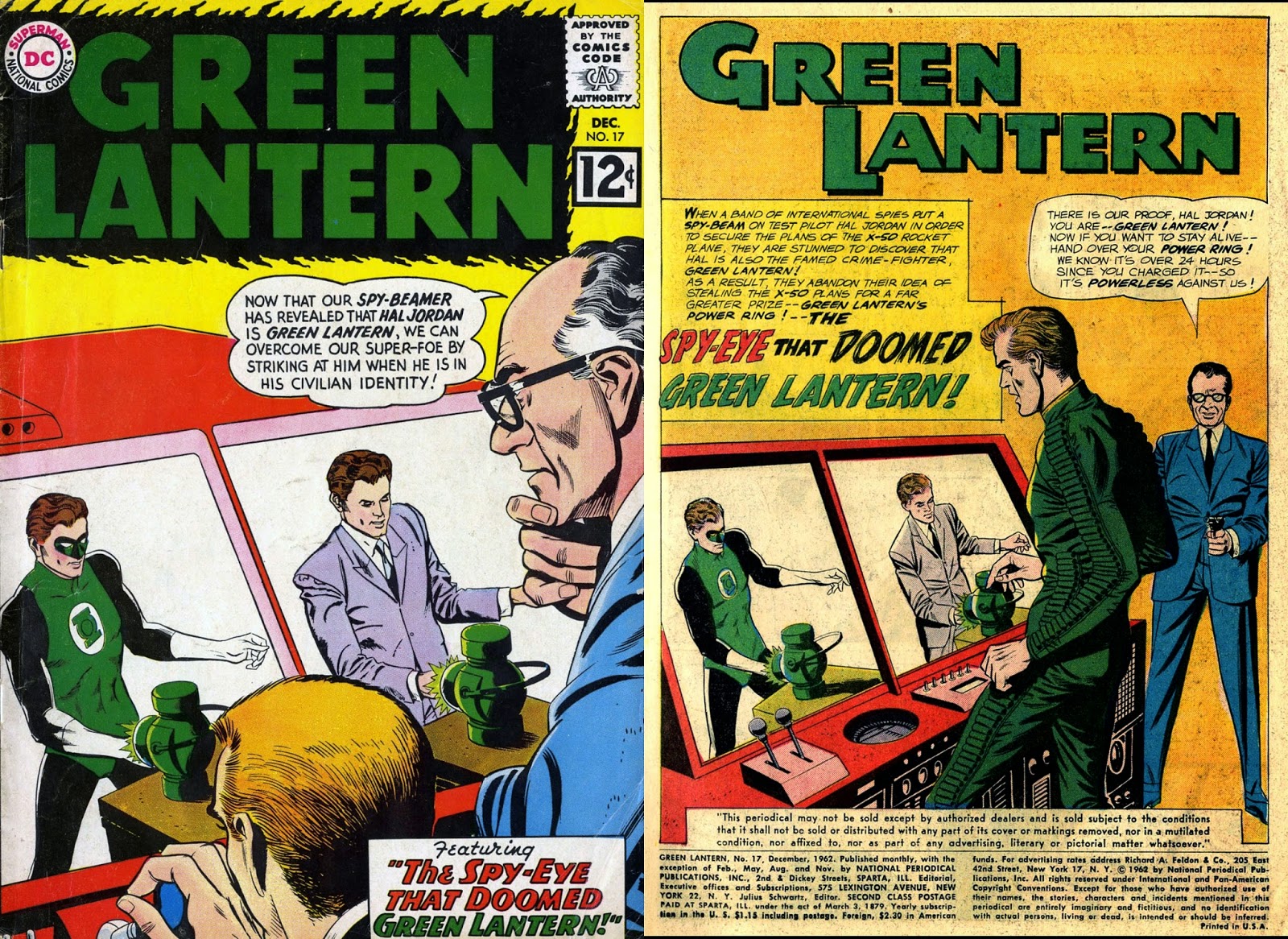 Gil Kane did both the splash and cover for Green Lantern #17 (December 1962), yet the blue suit guy is much older on the cover. 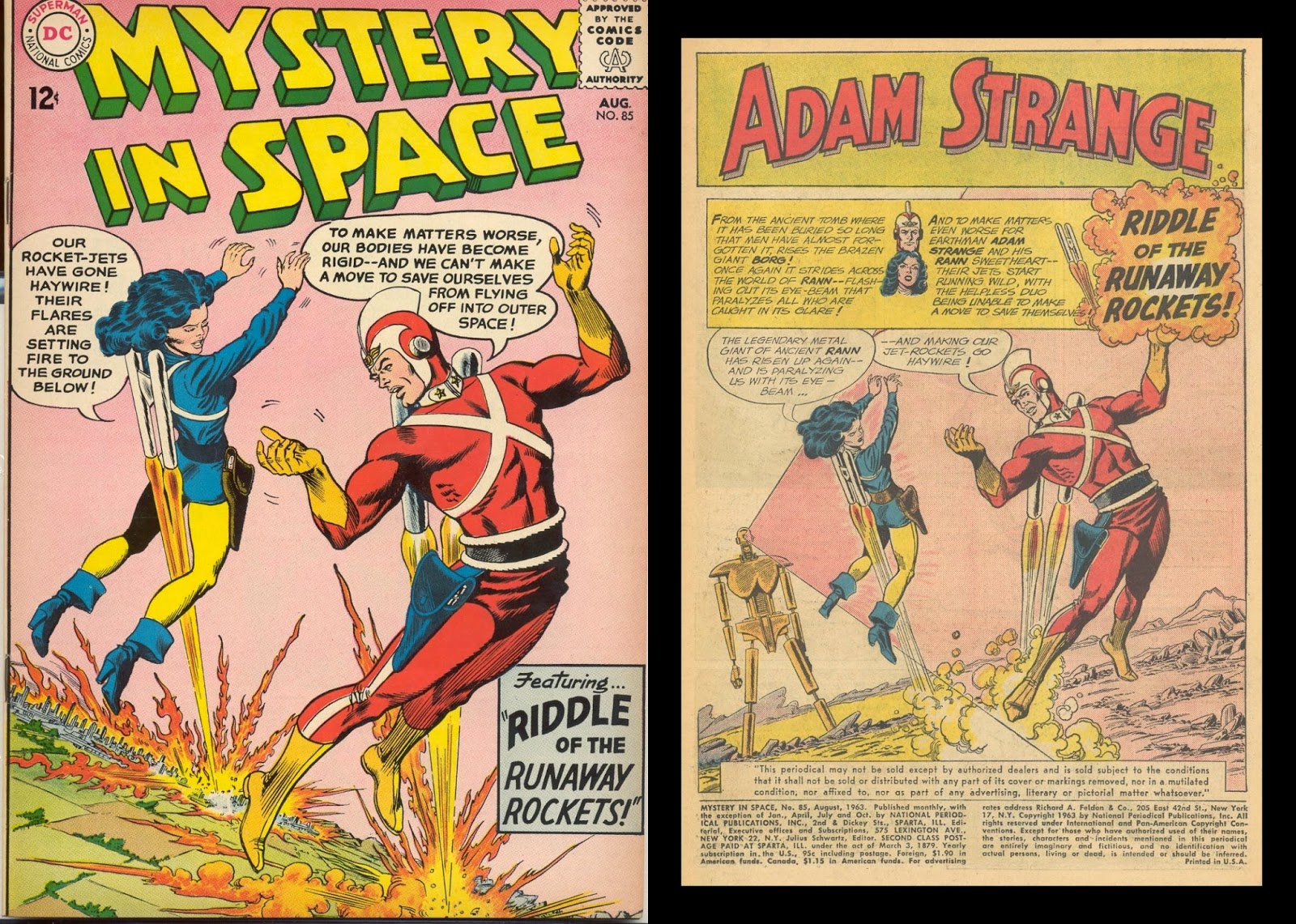 Mystery in Space #85 (August 1963). The Infantino /  Anderson team did the cover and splash, which are almsost identical except for the angle of the ground. 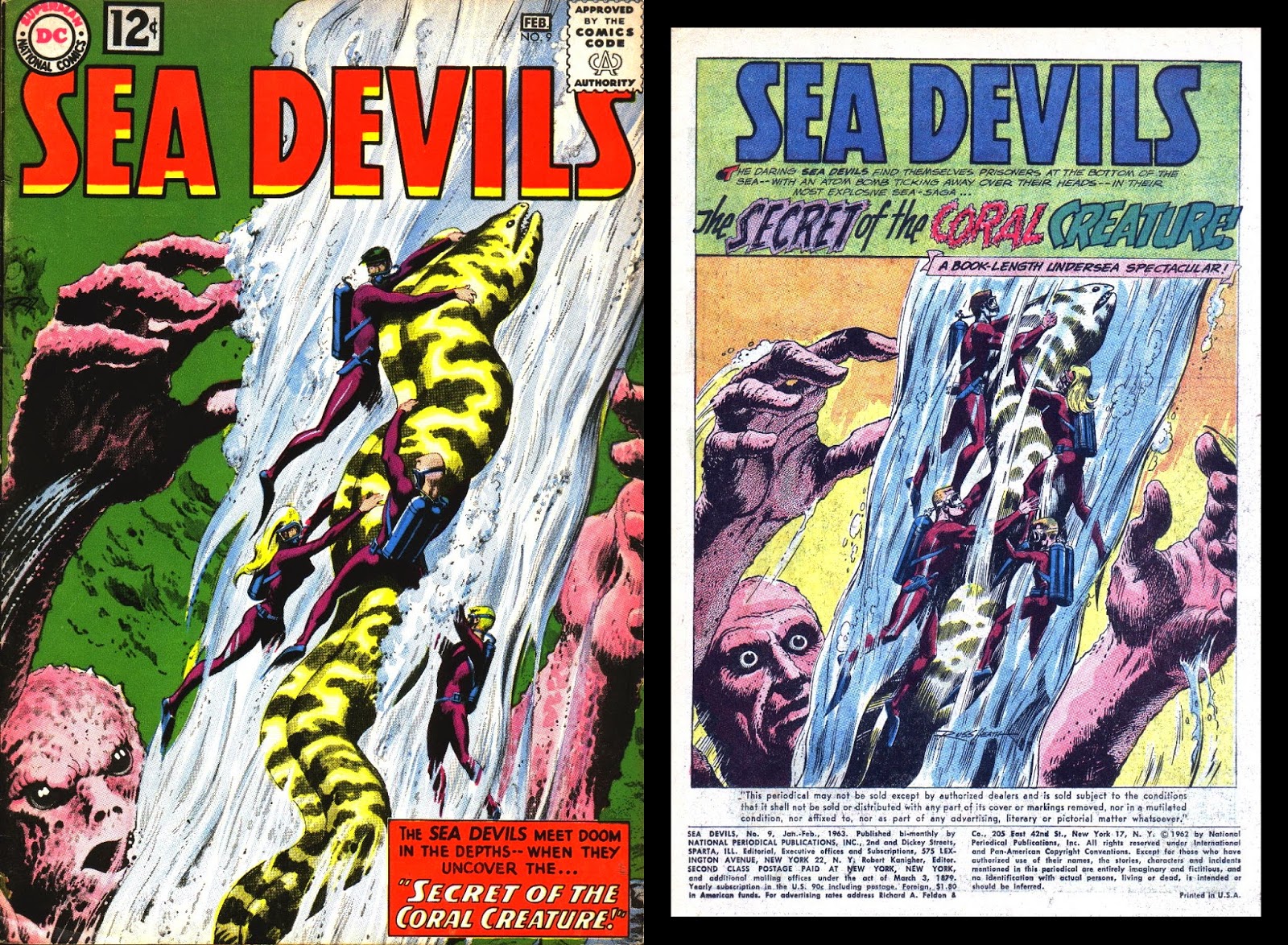