Galaxy only put out six issues in 1972, edited by Ejler Jakobsson. 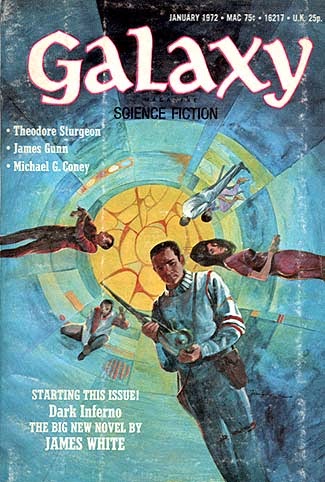 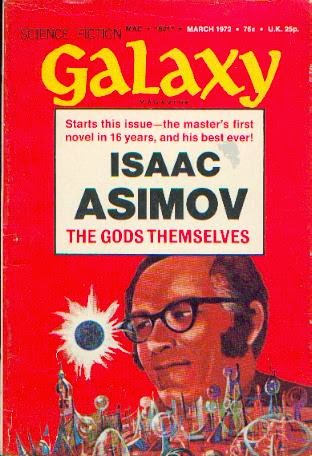 Gaughan gives us a kind of creepy view of Isaac Asimov on the cover of the march 1972 issue. The Asimov novel will be the major content for the next  issue as well. A couple of short stories by no one you ever heard of and Sturgeon's book reviews full the rest of the space this time. 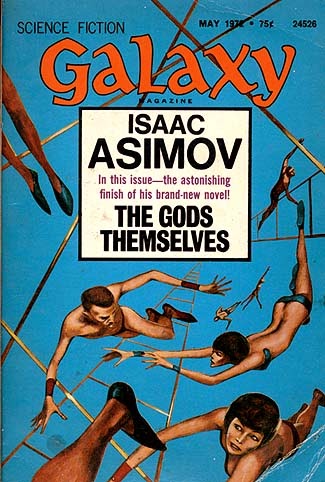 The May issue continued Asimov's novel, cover by Gaughan.  Trouble with G.O.D. a novelette by David Gerrold was also printed. Otherwise, book reviews and a couple of shorties. I've always said that this was GALAXY'S limbo time...they spent a few years just being boring. 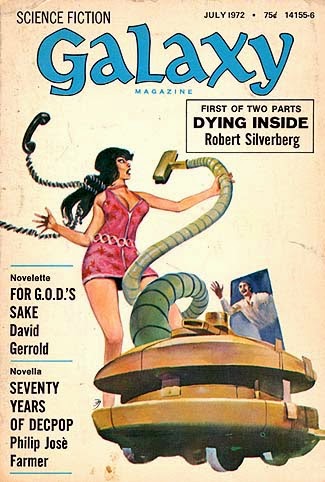 Gaughan illustrated the July issue, and we start Silverberg's Dying Inside, moving us finally into the last half of the 60s, literary wise. Farmer offers up a novella- Seventy Years of Decpop . David Gerrold has a novelette. 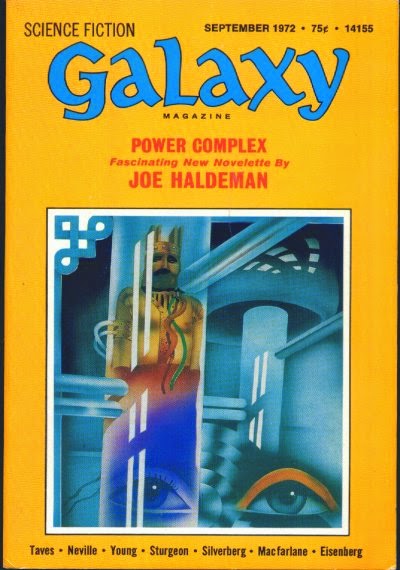 September: The cover motif of a picture in a color field begins with Brian Boyle's generic illo.  Power Complex , a novelette by Joe Haldeman is featured. Silverberg's novel ends. 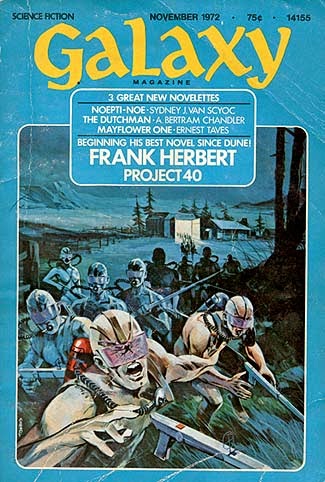 November brings another Boyle cover, this one for Frank Herbert's 3 part serial, Project 40.  This will see book form as Hellstrom's Hive . A. Bertram Chandler brings us a new Rimworld novelette. Galaxy is slowly waking to overtake Analog as the premier SF digest  (In my opinion, of course.)  The final transformation is still a long way off, when James Baen takes over the helm.