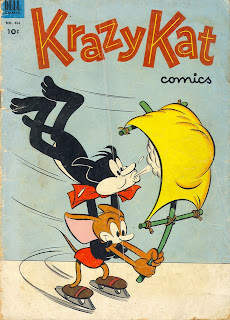 Usually a Four Color One Shot appeared Before a regular series (a scheme made popular by DCs Showcase years later), but in this case, Krazy Kat's run of 5 issues ended before his FC appearance...maybe they had one issue's worth leftover. At any rate, here is one of the stories from that issue. Don Gormley is the artist, and is a little more mainstream than KK's creator, George Herriman. The original strip ended in 1944 with his death, but King  Features decided to ring some more cash out of it in the 50s with the Dell license.

Also, for some strange reason, KK has had a sex change in the Dell version. 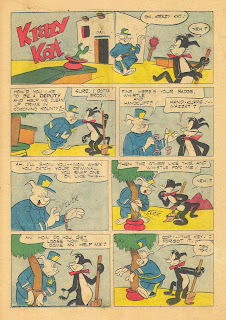 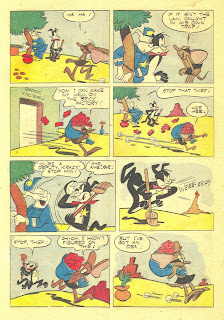 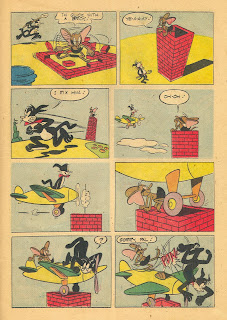 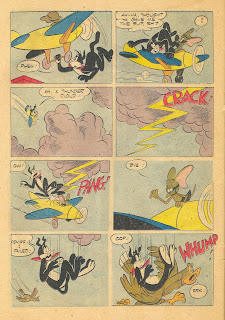 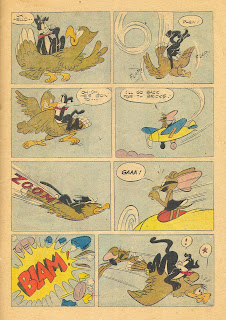 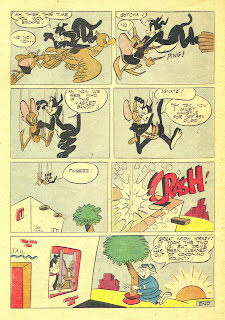